COLUMBIA, Mo. – Horses can be a mirror of the human mind, reflecting our fears, doubts and moods. This horse sense has helped the growing field of equine-assisted therapy treat people with learning, physical and behavioral problems. Now, it’s being used to help cancer survivors cope with the challenges and fears they face after treatment.

“It’s thought that horses can reflect the internal emotions of the patient,” said Marci Crosby, University of Missouri Extension equine specialist. “If a person is stressed, the horse can read and reflect that emotion back. With equine therapy, the idea is that if you can get the patient to see and work on the emotion, it can be overcome.” 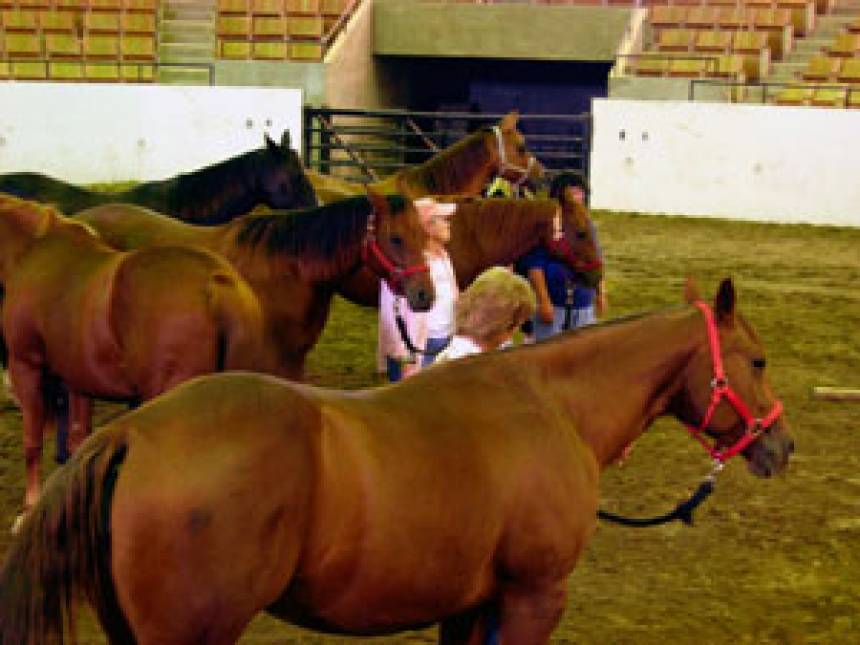 “When most people think of horse therapy, they think you have to ride the horse,” Schwartz said. “But this kind of equine-assisted therapy focuses entirely on groundwork, communication and moving forward from challenges in people’s lives.”

Therapy sessions involve mostly non-verbal individual and group activities with horses. At the demonstration, participants worked on individual tasks first. They had to choose a horse and put a halter on it; “ground-tie” their horses by dropping its rope and walking around it while trying to keep it from moving away; and coax their horses over a log pole placed on the ground. Certain rules applied, however: they could not touch, talk to or bribe their horses to step over the poles.

The rules encourage participants to think about communication in new ways, and how body language and behavior can affect interactions with others, Schwartz said.

“This activity helps people learn how to communicate better,” she said. “If you stand dead straight in front of the horse, it’s not going to go. It will turn and run, because that’s a stop zone and it’s threatening to a horse.

“If you’re trying to get someone to move forward, either physically or emotionally, you want to stand behind him, or in a different relationship zone.”

The last demonstration activity showed a group therapy task. Participants had to choose one horse and work as a team to convince it to jump over a low pole placed across two small pails, which was to represent a life challenge of the group’s choosing. The group decided the jump would represent fear of their cancer returning. Similar rules applied: no touching, bribing or talking to the horse. Talking to each other was also prohibited.

The horse did not make the task easy. Several times the team tried to surround the horse or showed hesitancy about how to proceed, and each time it stopped or moved away. A few times it dislodged the jump, which the group had to fix. During the process, Schwartz watched from the side and explained to the audience how the group’s difficulty revealed problematic communication and behavior, and the role the equine therapist would play during a session.

“This is a good exercise, because they keep trying the same thing and it’s not working,” she said. 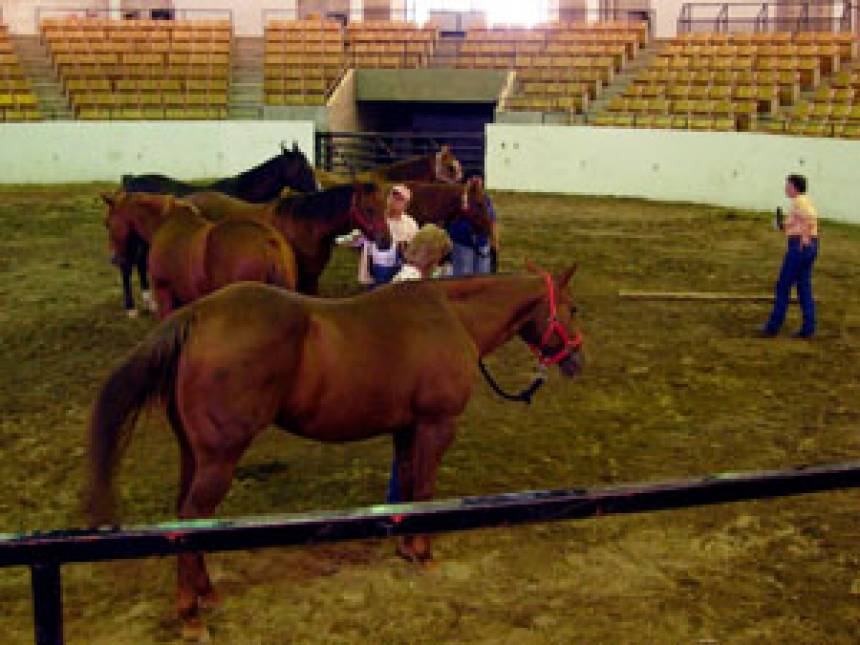